Congratulations to all subscribers who each earned $6,334! 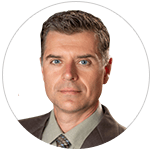 Get on board RIGHT NOW!

Who is Tim Michael?

Whether in life, or in sports, Tim Michael is a winner. Determined to "do things better," he brings a much-needed fresh approach to the sports-handicapping industry. Tim's approach has been so successful that he walked away from a lucrative corporate career to pursue his "quest for value" on a full-time basis.

What sports does he bet on?

Tim handicaps all the major American sports on a full-time basis: NFL, NCAAF, NBA NCAAB, MLB and NHL. Additionally, he's been known to make plays on soccer, boxing, UFC, tennis, WNBA and golf. In short, if Tim's got an edge, he's going to exploit it.

What are his handicapping systems/methods?

Tim believes that "sports-betting value" is found in any opportunity which is profitable over the long-term. Unlike anyone else, he's developed and honed an entirely unique way of identifying it.

Having sought out and worked with some of the top Data Intelligence minds on the planet, Tim has created his own Key Value Indicators (KVI) which go a step beyond the standard Key Performance Indicators (KPI) used by others.

Tim's proprietary methodology produces a projected score for every game on the board. The majority of moneyline plays are underdogs – he does not play large favorites.

What is his strategy for pick rating and bankroll management?

Tim is fanatical about strict money-management. He rates his plays on a 5-10 star basis and suggests the following in terms of unit-size:

Tim will have 1-10 Plays Daily (Avg 4-7), 1500-2000 Plays (Sides + Totals) Annually. Teddy typically releases plays early the morning of, or the day before for football plays with 'Game Of' plays released roughly a week in advance.

All Sports Monthly *Deal of the Day*
31 Days

This is a very strong "LEAN" right now and depending on line movement in the next 24 hours, I could make this an official pick.   Read More 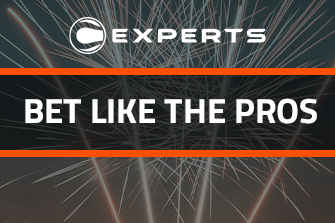 NCAAF AND NFL "LEANS" THIS WEEKEND!

Here are three more plays on my radar this weekend. These are strong "LEANS," which may be turned into official plays depending on line movement.   Read More

NCAAF AND NFL "LEANS" THIS WEEKEND!

Here are 3 strong "LEANS" I have on the Gridrion this weekend. I may turn these into official plays, depending on line movement over the next 24 hours.   Read More
All Experts News

All Sports Monthly *Deal of the Day*
31 Days

Get access to ALL of Tim's MLB picks for 31 days.
Product has been purchased.
$199
$199
$199
About Us
Contact Us
Careers
Our Team
Brand
Testimonials