Congratulations to all subscribers who each earned $6,703! 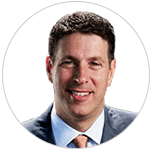 Who is Al McMordie?

Al McMordie is the most honored technical handicapper in the country. Overall, in the last 29 years, Big Al has garnered 43 NUMBER ONE awards in football, basketball, baseball and hockey; 196 Top 5 finishes; and 374 Top 10 finishes. Al is a featured handicapper at the most prestigious gambling web sites, and was a panelist on The Winning Edge and Proline Television shows from 2001 through 2010. Additionally, in 2002, Big Al was featured in FHM Magazine, and he was featured in ESPN Magazine in 2010.

In 2021, Big Al ranked #2 in NCAA Basketball with a 157-115 record, and correctly forecast in the preseason that Baylor (at 12-1 odds) would win the NCAA championship.

In 2020, Al predicted before the season that the Tampa Bay Lightning (at 7-1 odds) and Los Angeles Dodgers (at 4-1 odds ) would win their respective championships.

In 2019, Al forecast that the Washington Nationals (at 18-1 odds) and Virginia Cavaliers (at 22-1 odds) would win championships.

In 2018, Big Al ranked #1 in NFL Net Wins, with a 72-48 record, as documented by The Sports Monitor. Al also correctly predicted the Golden State Warriors would win the NBA title.

In 2017, Al correctly predicted the Houston Astros (at 10-1 odds) would win the World Series.

In 2016, Al hit another NBA futures pick with Golden State (at 5-1 odds) to win the championship.

In 2012, Al won his futures prediction on the Kentucky Wildcats (at 11-2 odds) to win the NCAA basketball championship.

In 2011, Al correctly predicted the Green Bay Packers (at 10-1 odds) would win the Super Bowl.

In 2004, Al won the most prestigious handicapping contest in Las Vegas -- The Stardust Invitational.

In 2000, Al was 157-114 in football, including 10-0 (100%) in the NFL Playoffs. Al has won 21 of his 29 football seasons. Another highlight of Al's career came in 1997, when Big Al was ranked #1 by SPORTS WATCH in NCAA Football/NFL Win Percentage, and #1 in NCAA Football Regular Season/Bowls by THE SPORTS MONITOR. Al has one of the best basketball records over the past 29 seasons (winning 21 of 29 seasons), and was ranked #1 in baseball for the 1996 and 2001 seasons. For consistency across all four sports, you can count on Al McMordie.

Indeed, the Las Vegas Sporting News recognized Al in its December 17, 1996 issue, and wrote that: "[Al's] honesty, integrity, [and] skills...are obvious....We have been impressed by [his] uncanny ability to pick big underdogs that win the game straight-up....We've seen handicappers come and go, and get hot and cold, but no one has been as consistent over time as McMordie, and we strongly urge you to consider him as your handicapper."

Besides being a champion handicapper, Al McMordie is a corporate attorney, and earned his undergraduate and law degrees from the University of Michigan. Al resides in Los Angeles, California.

What sports does he bet on?

What are their handicapping systems/methods?

Al McMordie's a big fan of systems (as opposed to trends), as they lend an objective framework to handicapping. Big Al has one of the most powerful handicapping databases, which goes back to 1980, and he built it to generate hundreds of football and basketball systems which are uniquely his own. ESPN actually had a feature story in its Magazine (December 10, 2010) on this handicapping database. These systems tend to incorporate Al's handicapping ideology which is completely different for college and pro sports. In college sports, Al often looks to play on certain teams which are playing well, yet undervalued by the oddsmakers. In pro sports, Al focuses on teams which have been underperforming and, as such, are undervalued by the oddsmakers. These are generalizations, and he often plays on college teams that are off poor games, and on pro teams that are off big wins. However, Al doesn't exclusively rely on systems, as a handicapper must also incorporate subjective analysis. The best handicappers find a balance between the two methodologies.

What is their strategy for pick rating and bankroll management?

10* Plays: These are Al McMordie's highest rated selections and will usually be supported by multiple systems which have win percentages of 80% to 100% over a 15 to 30 year period. 10* Plays are extremely strong and should be wagered on accordingly. Among the 10* plays are Al McMordie's Elite Info Club Plays, Perfect 10 Club Plays and Payback Paydays (revenge situations). These are exceptional plays (typically rated as 10*), fall into the very best of Big Al's systems (often, systems which have won 90% or higher over a 15 to 30 year period).

9* Plays: These are Al McMordie's second highest group of plays and will usually be supported by multiple systems which have win percentages of 70% to 100% over a 15 to 30 year period. 9* Plays are very strong and are never to be missed. Among the 9* plays are Al McMordie's famous Roadkill and Road Warrior plays. These are special situations which involve playing on a home team to "kill" a road team (thus, the name "Roadkill"), or a road team to win ("Road Warrior") and are backed by special systems which isolate certain teams to play on or against. Roadkill and Road Warrior Plays are typically rated as 9* plays (though can also be 10* plays) and are very strong.

8* Plays: These are Al McMordie's third highest group of selections and are generally backed by systems and angles which have win percentages of 60% to 100% over a 15 to 30 year period. 8* Plays are solid investments.

7* Plays: These are Al McMordie's fourth highest group of selections and are backed by systems and angles which have win percentages of 55% to 80% over a 15 to 30 year period.

6* Plays: These are Al McMordie's fifth highest group of selections and are backed by systems and angles which have win percentages of 55% to 75% over a 15 to 30 year period.

High Roller Plays: Over Big Al's 29 years as a Professional Handicapper, he's become great friends with some of the biggest money movers, both stateside, and offshore. These High Rollers are a great source of information for Al, and when such information coincides with the findings of his powerful handicapping database, Al releases a High Roller Play. These plays are generally 10* or 9* releases.

Championship Club: Al McMordie has won 43 Handicapping Championships in his professional career, including the Westgate Casino NFL Mini-Contest in 2015 (against 1727 entrants); the $100,000 World Series of Sports Handicapping in 2007; and the Stardust Casino Football Invitational in 2004. Al also ranked #1 in the NFL in 2018 and 2012; and #1 in the NHL in 2017 and 2014. Big Al's Championship Club plays are the type of plays which have enabled Al to win these 43 Titles and are generally rated as 10* plays.

Al McMordie has anywhere from 3-5 plays per day in various sports, increasing to 5-15 per day during football/basketball weekends.

As for the time of release, Al McMordie generally releases his plays in the daily sports by late morning ET, with the majority of football picks posted between Wednesday and Friday, in advance of the weekend.

Al McMordie CASHED the Blue Jays over the Mariners on Monday to move his Baseball streak to 41-21 his last 62.  And Big Al's also 18-6 his last 24 Hockey, and 55-30 his last 85 Basketball.  Here, pick up Big Al's Major League Baseball Elite Info Winner, and circle the bases on this Tuesday!

The NBA's season has just six days left, and most of the Playoff seeds are unknown at this juncture.   Read More

The NBA season took an interesting turn last week when Golden State's Steph Curry sustained an injury which may keep him out of the Playoffs' 1st round.   Read More

The Toronto Raptors served notice to the rest of the NBA when they defeated Houston on Friday to snap the Rockets' 17-game win streak.   Read More
All Experts News

Al McMordie CASHED the Blue Jays over the Mariners on Monday to move his Baseball streak to 41-21 his last 62.  And Big Al's also 18-6 his last 24 Hockey, and 55-30 his last 85 Basketball.  Here, pick up Big Al's Major League Baseball Elite Info Winner, and circle the bases on this Tuesday!

Get access to Al's 2022 NHL Playoff picks!
Product has been purchased.
$249
$249
$249
About Us
Contact Us
Careers
Our Team
Brand
Testimonials